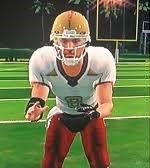 High school seniors aim to have their college choices made for them with the biggest scholarship offer. While the Weasels can’t offer money or cars like some college football programs do, we can offer the experience of face to face Diplomacy. Maybe that was in the minds of some Weasels as JJ Raymond cruised his way to the top of the board.

From the start, the board seemed to have only one goal: kill Morgante (France) after his dominant victory at the 2020 vWDC. This provided a lot of distraction during negotiations, eating up a lot of time, which ultimately led to Germany, Italy, and Austria’s downfall as strong E/F and R/T alliances took hold.

Turkey and Russia formed an alliance right out of the gate, and focused on getting to France with Austrian dots as their main growth source. England used the attention on France to dissuade others from attacking her while setting up a sometimes-uneasy alliance with him.

In the end, Turkey was able to force a strong tactical position. They game was called with still room for play, but no matter how much more was played, JJ’s growth would have continued to lead the pack.

At least half of this evening’s 28 players got into the spirit of hat night. As we look around the room, we see a Brit

Our inaugural Bar Room Brawl championship will be decided on Sept. 4 at the Red Lion, beginning at 6 p.m. The championship game will end

Bonus Backstabbing: Diplomacy in the Shadow of the Cell

Greg and Stacy Duenow are having a baby. She’s due June 8, and Greg would like to get one more game in before the new