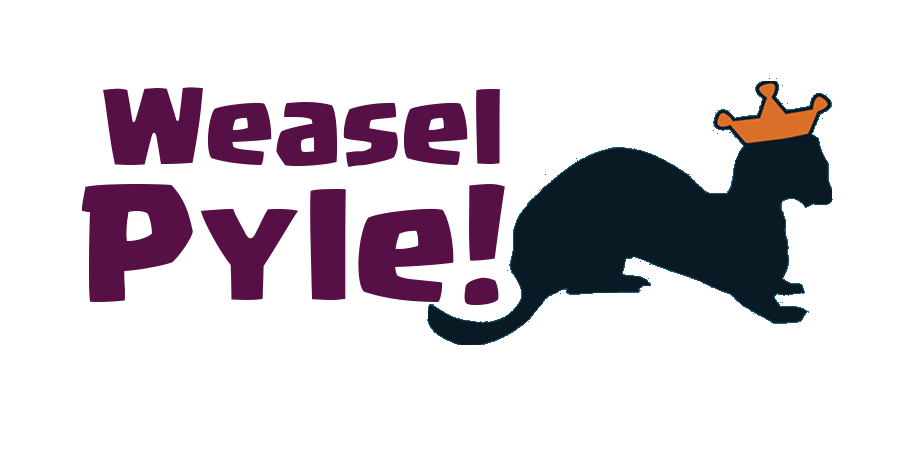 The 2020 season of the Windy City Weasels comes to a close at Weasel Pyle this Saturday, December 5th, 2020. We’re projecting that 2-3 more games will be played at this virtual event. At the end of the 2020 season, the top 7 dues paying members in the league’s standings will be invited to play in the clubs championship game, the Weasel Royale. You can check your dues status here.

The Pyle is the last chance for players to qualify for the 2020 Royale and there are some fantastic storylines going into these final games!

The biggest story of the 2020 season is that despite the worst pandemic of our lifetimes, the Windy City Weasels still found ways to play Diplomacy. Members of the Weasels club were instrumental in creating and popularizing the highly successful virtual face-to-face format of playing games online using video and voice chat technologies. Despite the pandemic, the Weasels are on pace to play between 19-20 games this season. This is a higher number of games than were played in both the 2019 and 2018 seasons!

I Want It All

Early in the 2020 season, 2018 Weasel Royale champion Ali Adib and rookie Wes Ketchum had close competition for 1st place. Mid Season, Wes Ketchum managed to break away and take a commanding lead. For the majority of the season, it appeared no one would be able to catch up to Wes. This all changed in November. In game #414, club War Weasel Brandon Fogel and three time Weasel of the Year took over 1st place in the club standings.

Only seven points separate Wes and Brandon in the standings — all eyes will be on Wes to see if he can win Weasel of the Year in his rookie season. Brandon Fogel has won Weasel of the Year three times, tied with Matt Sundstrom for the most in club history.

Going into the Pyle, rookies Wes Ketchum and Jay Honnold and veteran Carlos Treviño look to secure their first invitations to the Weasel Royale. All three players have large scores, but big moves are often made at the Pyle. Historically, many of the club’s solos have happened during the Pyle so no position is safe. All three players are playing on Saturday and will have the opportunity to defend their position on the leaderboard.

With only 60.64 points, Bryan Pravel’s 7th place position looks very catchable. In the 2020 Weasel’s scoring system, the average board top is over 40 points. Several games using this scoring system have scored more than 60 points. Anyone who solos or has a solid board top could easily overtake the 7th place position and receive the final invitation. Bryan will be playing in the Pyle and will likely need a big score to hold onto his position.

Jeremiah was a board topper!

We fought a lovely little war at the Red Lion last night. Our club’s 166th game and 17th of the season ended by draw vote

The Weekly Weasel Brings Integrity to Washington — Week of TEMPEST

Welcome to the Weekly Weasel, which this week is the unofficial Tempest hype thread. THE AFOREMENTIONED TEMPEST HYPE THREAD Five brave weasels of good standing

The snakes had to go somewhere

St. Patrick would have appreciated the irony. We played our 227th game on the second floor of the Irish-American Heritage Center on the city’s north