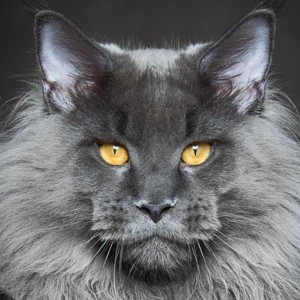 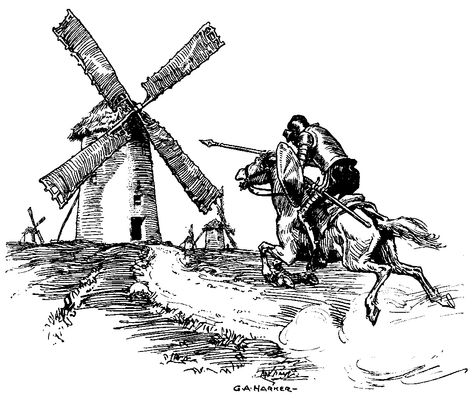 He Did(n’t) Expect the Spanish Inquisition

Roots from the Rutabaga Patch

by M. F. “the Sledgehog” Morrison

“Let’s face it. There are not a lot of angels winning Diplomacy tournaments.”

Using the latest in conferencing technology and Diplomacy-simulation software, they were able to provide a much-needed respite from the impending doom that everyone is currently worried about (as a result of the Covid-19 fiasco among other things happening across the country and the world).

I know pi to a thousand places.

How many threes do you get? In a third, I mean.

Either one or infinite? There’s no way to evenly divide the pie! No wonder the Western Triple never works! (Except for Chris Davis.)

But there is a game that’s the evilest of them all. Diplomacy.

What kind of sense does that make? Sounds like Christians invented this system! Let’s see, I have a file on Christians, where did that go…. Hmm, ah yes, Pedone, MacDonald, where the hell are the records on Kline?

multiple sources, some of whom wish to remain anonymous, and others of whom might disagree with this assertion

We’ll get to that. But first, a bit of historical fun:

In the sultry summer of 2020, when the changing climatic, social, and epidemiological conditions swelled the hearts and minds of many, M.F. “the Sledgehog” Morrison was tasked with rooting out a rotten rutabaga (some say “ruby”, I say “rotten”, maybe I’m more of a realist and the others just romantics about rutabagas, I couldn’t tell ya’) in the far side of the patch.

The Weasels had traditionally avoided using the Sledgehog. It was considered too blunt a weapon for most projects. And as a two-hander, most Diplomacy players didn’t want to sacrifice their off-hand which would be unavailable for a meaty backstab. Sure, as a surprise weapon, with a willing player in Italy, the Sledgehog might obtain the occasional victory. But it was really, a one time thing.

But that’s all in the past now. Do you know what I saw in a Diplomacy game the other day? Italy and Turkey working together! It’s outrageous!

I bet they even have a name for that alliance, the “green banana” or whatever, those kids today!

This is a problem I’ve noticed across the web trying to read things. There is no reflexivity.

Mike Morrison (reportedly no relation to the author)

But whatever the case may be, the hobby has weathered the storm of Covid-19 with flying colors. Through the sheer gumption of organizers like David Hood, and the sparkling brilliance of technical artists like Brandon Fogel, the hobby brought us DixieCon 2020.

Partially due to a fear of being photographed, (neither traditional “scopophobia” nor “eisoptrophobia” but some mutant combination), the author was unable to attend the tournament itself. (The other part was, he just doesn’t like the game Diplomacy.)

Although, having recently overcome the fear to attend a Japanese class online, perhaps the author will be able at some point in the future to break down the fifth wall and play in a video-conferenced Diplomacy game depsite his antipathy for the game. Stranger things have probably happened.

So the outraged Sneak (the leaders of the pack of Weasels) in a nearly unanimous session, decided to send yours truly adjacent to the battle with two sheets of paper and an unlimited supply of invisible ink for the first in many moons.

And what was virtually the first thing I heard upon arriving virtually at the end of the virtual tournament? But that was David Hood’s final commencement speech in which he declared relentless mindmelter Christian Kline the victor! My response was entirely natural and I do not apologize for it at all. I was blinded by rage!

My eyes! The goggles do nothing!

Outrageous, I thought, why no less a luminary than Chris Martin (the dancer, not the singer-songwriter) was heard to call Christian Kline a second-tier player! Surely the voice of reason must be heard! How could Mr. Kline have won this tournament, I wondered.

“He just wears you down.”

Maybe there was more to Christian Kline than I had previously thought. So we had a series of excruciating interviews to get to the bottom of the matter, which, I think I can safely say, we’ve reached.

Below is an edited for content version of the interview. Please note well, some of the questions may have never been asked or answered. And other questions that were answered (or not), were considered too sensitive for the general public. “All in good taste!” I was told. “Good taste?” I thought. “What is that?”

MM: Would you like a Suntory?
CK: I’ll have a beer.

MM: All right. Not a spotted weasel?
CK: What’s that?

MM: There’s also Jim Beam if you prefer.
CK: No, no thanks. You’re not very patriotic are you?

MM: Okay. How did you win this tournament?
CK: By being a nasty person and lying to everyone. But the real answer is it’s almost impossible not to win when you solo.

MM: Do you think poker skills translate to diplomacy? (For those who don’t know, Christian Kline is also a poker expert.)
CK: To some extent. Reading people is a skill that is important in both.

MM: I’ve heard it said that you are a good counter. Do you know the difference between renumerations and remunerations?
CK: Yes, do you, you idiot?

MM: Moving on. How do you feel about the death of Cervantes?
CK: Miguel Cervantes.

MM: Is that all right?
CK: It still brings a tear to my eye.

MM: By all reports, you were a great player and a model citizen this tournament. What went wrong?
CK: Those reports are inaccurate.

MM: When did you first know you were a poker prodigy?
CK: I was four years old, my grandfather taught me the game, I took all his money, he didn’t have to write a will.

MM: Sounds like good planning on his part, wills are pretty unpleasant things to write.
CK: Exactly. I helped him out.

(some of the article lost to technical difficulties)

MM: …but this article isn’t about what a Luddite I am.
CK: Fair enough.

MM: I’ve heard it said that libertarians are just anarchists without any balls, care to comment?
CK: That’s close, we have one ball.

MM: Is that a communal ball? Wait, you know what, I don’t want to get too deep into politics.
CK: Fair enough. Nothing is off the record.

“You say the pie is expanding? But what happens when the pie crust is full of holes? Then you’ve got rutabaga pie all over the place!”

MM: You know I’ll have to check my notes.
CK: Read the question again.

(This back and forth went on for a while, until Christian Kline finally broke down and admitted what we all knew all along.)

MM: So when exactly was it that you decided to throw that solo, we agree it wasn’t during this tournament, since the game in question occurred several years ago?
CK: Probably as soon as possible. It’s much more fun to throw solos.

“I don’t believe for a second that Christian Kline doesn’t remember throwing that solo against Chris Davis. I was on that board. I was the third part of the Western Triple(Germany), and I was playing two boards, and I remember it very well.”

MM: Who is your favorite Japanese rapper, Awich or Anarchy?
CK: The second one.

MM: Do you think of yourself as a trickster or a harlequin?
CK: Trickster. I had an ex-girlfriend who called me that.

MM: You won the golden blade, correct? Would you wield it in battle if your country calls you?
CK: I did win it, and yes, in one hand.

MM: And I can misquote you on that?
CK: Yes. I love to be misquoted.

“Because then I can sue!” was never actually said, but you could feel it hanging in the air…

our few conversations were pleasant enough

MM: Well, it sounds like he might be a bit of a trickster as well.
CK: A little bit.

MM: How did you feel when, during the livestream which is still up on the Windy City Weasels main page, I believe, Chris Martin called you a solid second-tier player?
CK: I fell off my chair laughing!

MM: I hope you didn’t hurt yourself. Would it help to know that he has more recently recanted and said… You know what, I’m having some technical difficulties. Can someone get Dave Maletsky on the phone? Not available? How many outrageous things can happen in one day?

MM: Moving on. Do you prefer one dot or three? (What a dumb question! Are these the right notes?)
CK: Three.

A sneak peek at Season 10

Season Nine was another great year for the Weasels. We fielded 31 boards, including our 250th game. A total of 59 people played in our

A game to end all games

Saturday at Nate Cockerill’s home in Lincoln Square, six of this season’s regulars, along with an old new face, played a game to end all

I hope you’re all enjoying your Veterans Day, especially those of you who have served. Thank you. And now, here’s the latest news from the