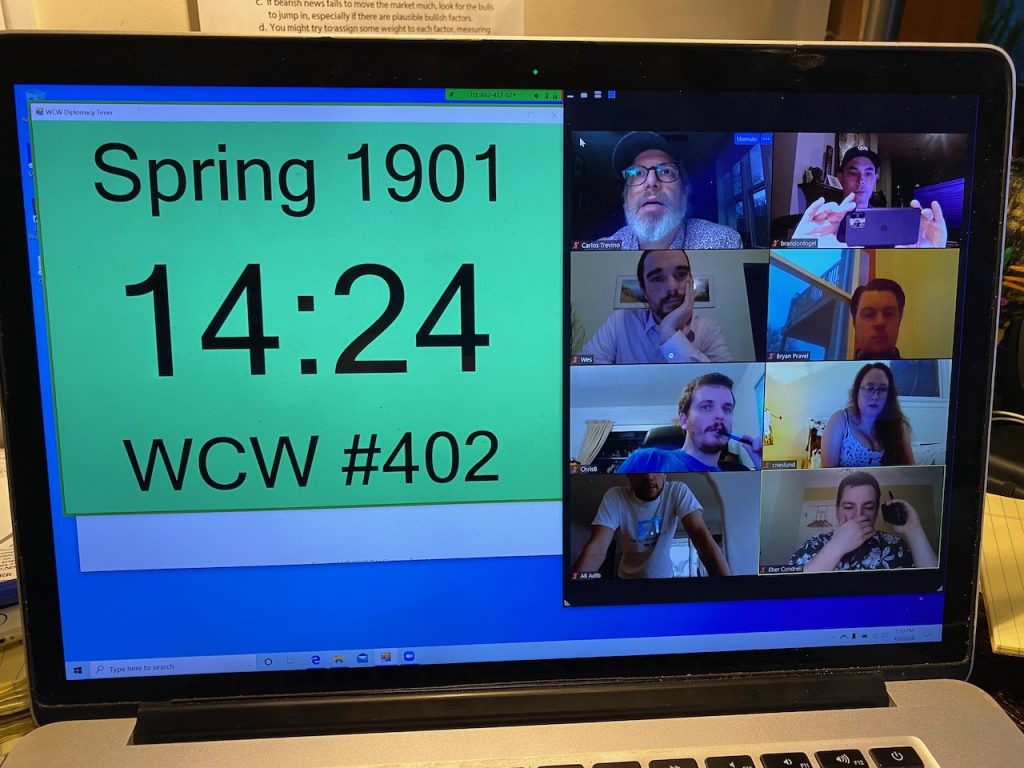 The first online Red Wednesday featured both board-toppers from last Saturday’s first online league games, newcomer Wes Ketchum and reigning Bull Weasel, Ali Adib. Wes learned that life at the top can be a little lonely, while Ali rode an ersatz Western Triple to another board-top.  Christian Brown made his Weasels debut and found himself caught between supposed allies.  See all the orders on Backstabbr, and check out Chris Kelly’s as-it-happened commentary in the comments below.

For the 10th time, we gathered at Eric and Muy Leng Brown’s beautiful home in bucolic Wayne to wrap up an exciting season of Windy

Kyle Weiskircher and his father, Mark, had met in four previous league games. In three of those games, Kyle outperformed Mark, including one where his

Everything you need to know about Weasel Moot

Coming to Weasel Moot (Sept. 9-10 at the Days Inn Chicago)? Here are some tips to help you navigate the neighborhood. You may also want