Ketchum if you can 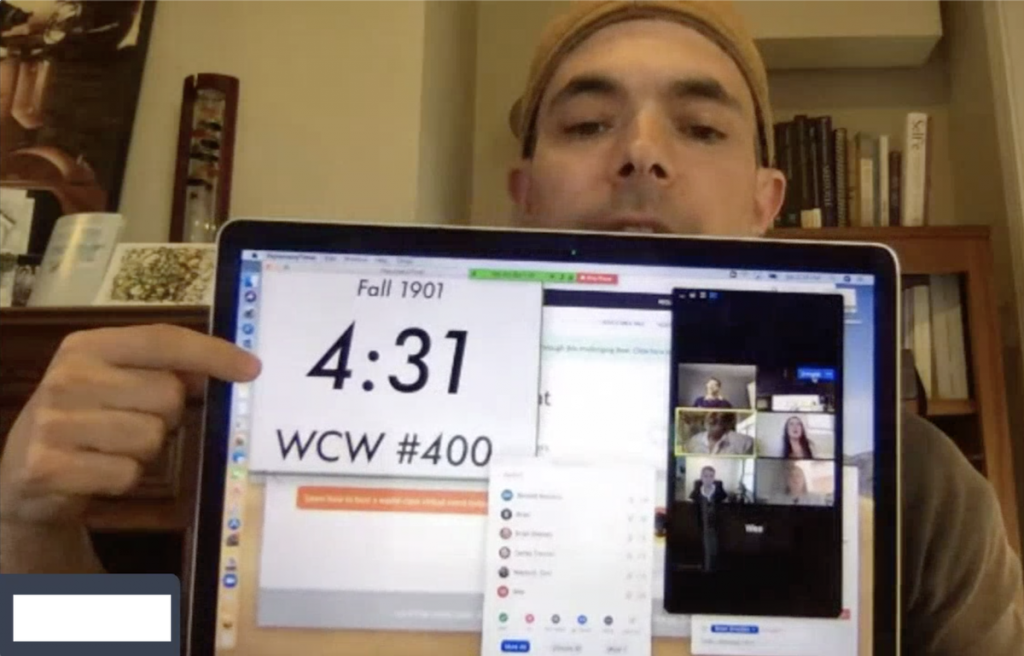 The club’s first foray into online face-to-face play was a rousing success.  Two boards battled it out over the interpipes, and both saw tense battles for the board top resolved in the final year of play.  By coincidence, both boards also featured Russia opening Stp-Fin. Commentary on the boards was live-streamed via Periscope and had nearly 200 viewers.

In the club’s 400th game, newcomer Wes Ketchum scored his first board top with the Weasels.  He and club vet Carlos Treviño executed a flawless Sea Lion, while the east saw former Prime Weasel Brian Shelden and another newcomer Adam Baker, run a successful RT, accomplishing the rare feat of getting Russia’s southern fleet into the Mediterranean.  Ultimately, the FG was more efficient and got to the line before Russia was able to get in place.  Wes secured the north and then made a late move on his ally to clinch the board-top. All the moves can be viewed here.

In game 401, a tense battle found four players tied for the board-top at 6 centers after 1905. In the end, defending Bull Weasel, Ali Adib, snagged 2 centers in the final year to jump Eber Condrell for the board-top.  5 players were in the mix for the board-top in the final years, which were also notable for the defense put up by Matt Sundstrom, the most decorated Weasel, who managed not to drop a dot after 1903 despite having foreign armies in Pru, Sil, Rum, and Sev.  All the moves can be viewed here.

Go back to Weasel Moot XI results Round 1, Board 4 The game ended by draw vote in Spring, 1909. A: Josh HeffernanE: Jorge ZhangF: Siobhan

The Weekly Weasel — Week of Dec. 1

We’re back after a brief hiatus. For those who haven’t heard, my nephew and Godson Cooper died early in the morning on November 23. Coop,

Diplomacy at the Red Lion!