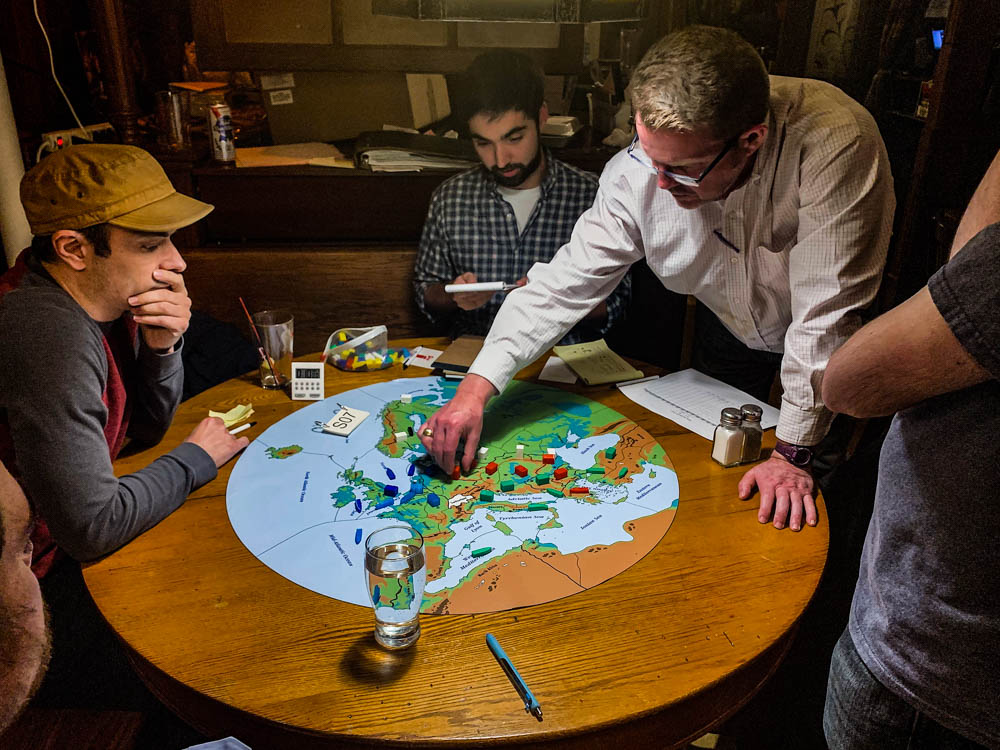 A collection of Weasels, new and old, braved the pandemic to push some blocks around a board at the Red Lion.

On this night, the old hand got the upper hand.  Fogel secured a board top  by stabbing his Austrian ally in 1906 and then driving the knife in deeper in 1907. Honnold, beset by foes on all sides through 1904, rebounded to finish in second.  Fogel and Honnold also sit at the top of the current standings.

Players, care to elaborate in the comments below?

The Western Triple is usually said to benefit Turkey in the East and that is what happened in Game 424. Sabi as Turkey, while truthful

Seeking candidates for the Sneak

Hear ye, hear ye! We will elect three members to the Sneak at the Weasel Pyle on August 15. The seats currently occupied by Nate