This FINAL Weekly Weasel of the 2017 season will preview our second to final board. The next Weekly Weasel will be our 2018 preview, which will come out sometime before the next bar game.

Pardon my French Method: A brief overview of our championship power selection

The 8th Place Prognostication: Our newest club honor where the Weasel who just missed the cut with provide our Royale Prediction. This year’s honorary Prognosticator: Bryan Pravel

But before we hear who will be our Bull Weasel, let’s meet the bullshitters contenders!

Over/under on threatening to throw the game: Spring 1902 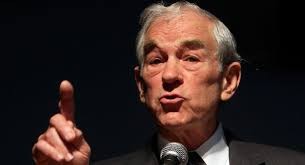 We couldn’t find any embarrassing photos of Christian, so we settled for a fellow libertarian alarmist who talks with his hands

HOW HE GOT HERE: The first of two clutch brothers, Kline took it to the wire, securing his place at the Royale on the final day of the season with a dominant French effort.

THE POWERS THAT BE: Kline is LETHAL as France, averaging 9.5 center since we switched to the King’s scoring system. However, in that timespan he has only topped as 3 nations- France, Austria, and Russia.

Seriously, guys, if you let Turkey fall to him again, you deserve it 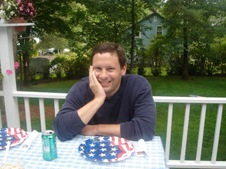 Sure, he looks charming enough, but he just cleaned a plate full of the hopes and dreams of his enemies

HOW HE GOT HERE: Clutch brother #2 also made his big move at the Pyle for the second consecutive season after spending the year hovering between 5-10.

THE POWERS THAT BE: This season, Matt was at his best in the west. Since we switched to the One True Scoring System, his best country is not the Turkey whose opening shares his name, but Germany. In 25 tries, he’s topped an absurd 13 boards as a German Weasel.

Rookie sensation swimming into sea of sharks… or hippos? 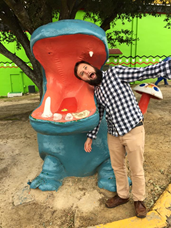 Ok, Mick, give Gramila his beard back

HOW HE GOT HERE: Mick got rolling right away with a 40 point French effort and 50 pointer as Austria in his first pair of games. He led the league early and was the 3 seed headed into Pyle.

THE POWERS THAT BE: Super small sample size, like so small he hasn’t played Turkey or Russia yet. Mick is 0 for 3 on English survivals, but has had success as Austria and France. 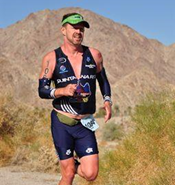 Shirts, much like boards and tournaments, have proven difficult to close for our Prime Weasel

HOW HE GOT HERE: After being stuck on 88 points for seemingly the entire season, Shelden secured Best Turkey at the Pyle to propel him into the 4 seed.

THE POWERS THAT BE: Shelden has the most success in Turkey, followed by Austria and Germany, both this season and last, his first of Weaseling.

Was definitely Jim the Grey until CODCON, then went full Jim the White 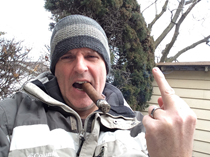 Or, as he calls it, “the old O’Kelley salute”

HOW HE GOT HERE: After a challenging start to the season, Jim won CODCON and then proceeded to get hot in league play. A large German score secured his three seed.

THE POWERS THAT BE: Jim has won two Royales, both as Russia. Both in 2017 and historically, France, Germany, and Russia are his strongest suits.

Has allegedly been playing this board since last August 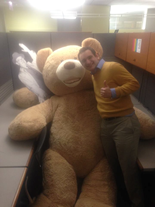 The bear was stabbed shortly after the taking of this photo

THE POWERS THAT BE: After getting last as Germany in the 2016 Royale, Trotta had no success as Germany in 2017. He topped with five different countries, but did strongest as REA in that order. 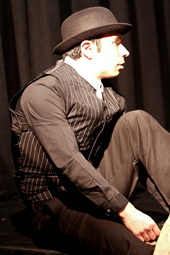 HOW HE GOT HERE: Fogel continued his dominant form from 2016, hanging in 2nd place until July, where he dropped the greatest German score in club history to capture his second consecutive Weasel of the Year award.

THE POWERS THAT BE: The biggest threat on any board has historically been solid across the board. However, Brandon dominated as Austria and Germany in 2017, with Austria appearing to be his strongest power.

So we use a strange style of power selection. The seeds each receive a name card. Step one is establishing the power draft. Starting from the lowest seed, they will place their name card on the table at any selection position they like. Once the top seed has placed their card, the draft order is set, and they move into step two: drafting according to their selection position.

As an added bonus, if a game ends in a tie, the lower seed wins.

This method adds an interesting element- do you play it to get the country you want? The theater you want? To be next to the right players? Avoid other players? Or do you just want the tiebreak?

In the 9 prior Royales, Turkey has won thrice, Austria and Russia Twice, and Germany and France once.

The first selection has been France 7 times, with Russia and Germany the exceptions.

The top seed has only emerged victorious once.

As the eigth place dues-paying member in the Windy City Weasels 2017 season, I earned the innagural honor of providing color comentary, expert analysis, and a prediction about the game’s outcome in advance of the Weasel Royale.

Here’s what we know:

After an early lead by last year’s Royale Undercard winner Mick Johnson, Jake Trotta (2016 Bar Room Brawl winner) and Brandon Fogel (2016 and 2017 Weasel of the Year) went head to head, dominating the league with repeat board tops and massive scores. Towards the end of the season, Jim O’Kelly (2010 and 2015 Weasel Royale Champion and 2012 Weasel of the Year) managed to place himself solidly into contention as well. After that, in true Weasel fashion, chaos ensued. Brain Shelden (2016 Best Austria, 2017 Best Turkey), Matt Sundstrom (2014 and 2016 Weasel Royale Champion and 2015 Weasel of the Year), and Christian Kline (2006 Weasel of the Year) got hot at the right time and made it into the Royale by winning big when it counted in their final games of the season at Weasel Pyle.

There is also a noticable gap in number of board tops and score between Brandon and Jake and the rest of the field. I am a big believer in momentum in any sport. Being “hot at the right time is important. This creates an interesting dynamic. The only certainty that we have is that some great players are going to have some tough choices and it should make for an entertaining game.

On to the predictions!

Country: Brandon’s average score with Austria is 43 points. His next highest score isn’t even close. Brandon has been playing Austria very well and only Mick has quality Austrian scores on average. I don’t think anyone else will pick Austria first. I think Brandon defers his pick until 4th, giving him a chance to see who is in which theater, and then “sticks with the one who brought him to the dance and selects Austria.”

Wins If: There is someone in the East that people want to kill more than him and he can keep Italy motivated to work with him.

Country: Jake hasn’t been able to be quite as active in the tail end of this season. I think he is hungry for a win and wants to win now. I think Bradon is going to defer his first pick, giving the first pick to Jake who will choose a power that maximizes his odds of success. I think Jake chooses France.

Wins If: There is Chaos in the east and he can find a western ally or convince Russia to move to the north early.

Country: My guess is that Jim will end up with the third pick. His preference will likely be between England and Russia, but I think he really wants Russia. Jim has won the Royale twice. Both of his wins in the Royale came while he was playing Russia. Jim’s best score in the 2017 season came as Russia.

Wins If: He doesn’t get jumped on immediately and can restrain himself from dotting his ally.

Country: I think Brian will end up with the second pick, and will set the tone for the rest of the selections. Brian has had the most success with Germany and Turkey. I think he likes the idea of Jim as a potential ally in Russia more than Jake in France, so I think he selects Turkey.

Wins If: He can talk Italy into attacking Austria quickly.

Country: Brian, Matt, and Christian are coming in with a lot of momentum. Mick hasn’t been playing as much so most of his wins came early in the season. Mick’s best scores come from France and Austria, but I think he’s going to end up picking 5th and will not get the chance to chose either of those powers. He’s had very poor success with England and I doubt he wants Italy on this board. Also, I think he will pick in front of Matt who has had amazing success as Germany, so I think he picks Germany to keep it away from Matt.

Wins If: He chooses the correct ally between France and England and does not unite them against him.

Country: The math is simple. If Matt gets Turkey in the Royale, he wins 100% of the time. He also has had almost twice as much success with Germany as any other power in league play. His seed is too low to get either country. The board will keep those powers from him. He will select 6th and will pick England.

Wins If: He can convince Germany to work with him against France.

Country: Christian will pick last and will select Italy. Christian has never won with Italy and tends towards mediocre scores with the country. He also has a tendency to create Chaos when stabbed, which the corner powers will probably encourage. I don’t think he wants to be in Italy but the rest of the board (except perhaps Austria) wants him there.

Wins If: He can attack Austria without unleashing a massive Juggernaut.

Overall Winner: Jim O’Kelly with a 13 center Russia as part of a 4 way draw

Jim has maintained solid relationships with most players in the league this season, will have a country he is very comfortable playing that offers explosive growth potential. All Jim needs to do is sit back and wait for the other players to beat up on each other, make one good stab, and use that momentum to take advantage of the chaos. I predict a stalemate in the west and dot throwing in the east, and Jim will be in the best position both from personality and position to take advantage of this.

Last night at Guthrie’s Tavern, a calorie-counting Jim O’Kelley switched his drink of choice to Jack & Gingers. The effect was immediate. Without the uncomfortable

For its fifth annual installment, our club’s premier tournament will return to Chicago’s Lincoln Park neighborhood, the site of the first three. Weasel Moot V

Minding your p’s and ‘cues

In addition to the backstabbing, players in Game No. 306, played Saturday at Pete McNamara’s home in Evanston, were treated to ribs and brisket courtesy