This game featured one of the two Best Englands in the tournament.

The game ended by time limit at the end of 1909 with the following center counts: 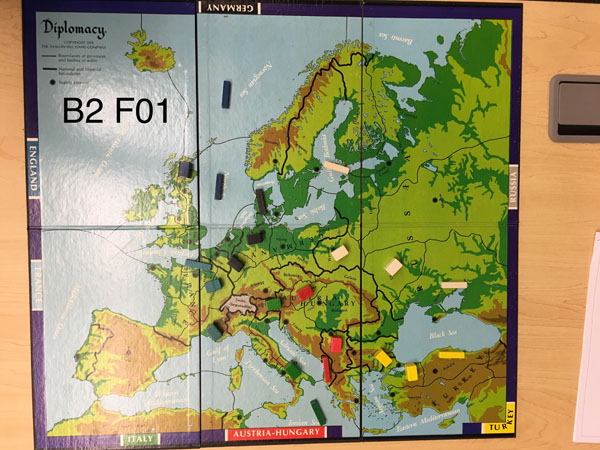 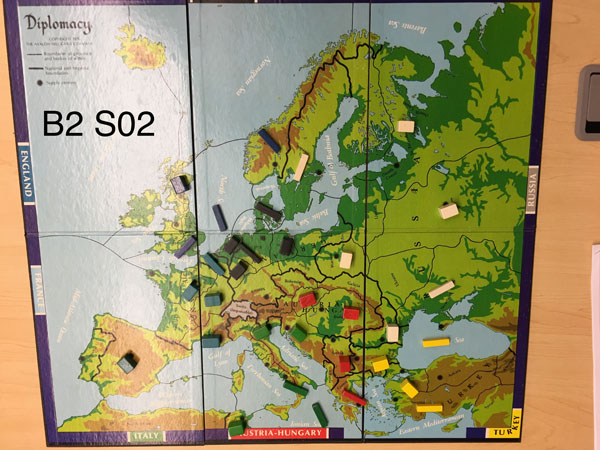 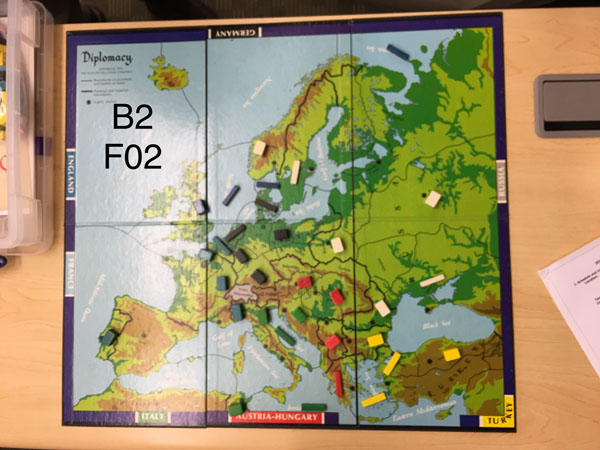 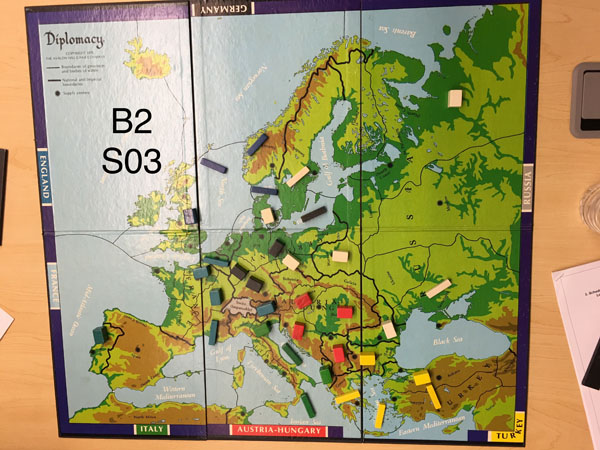 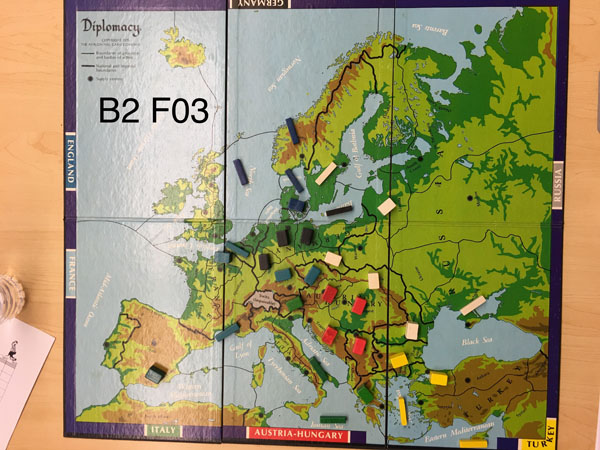 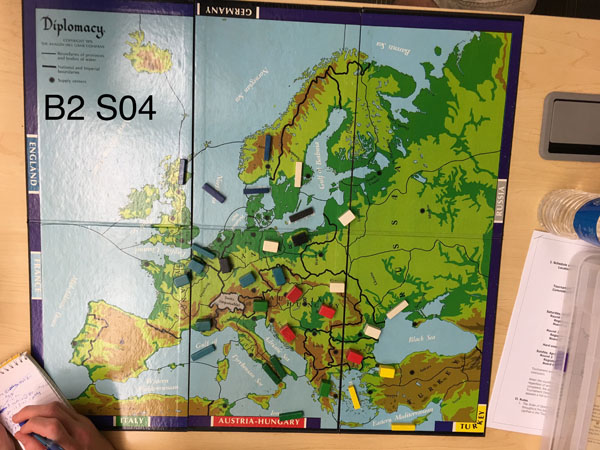 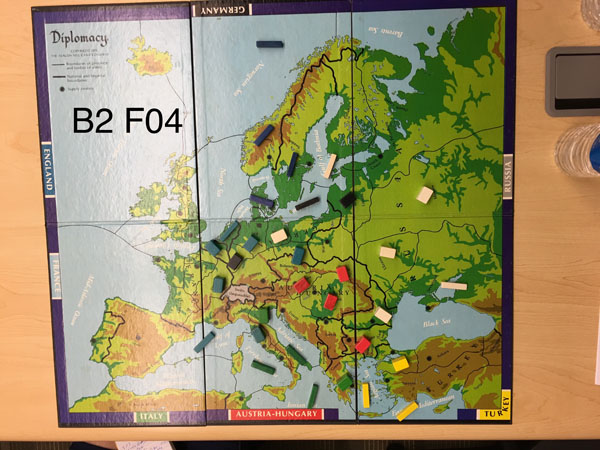 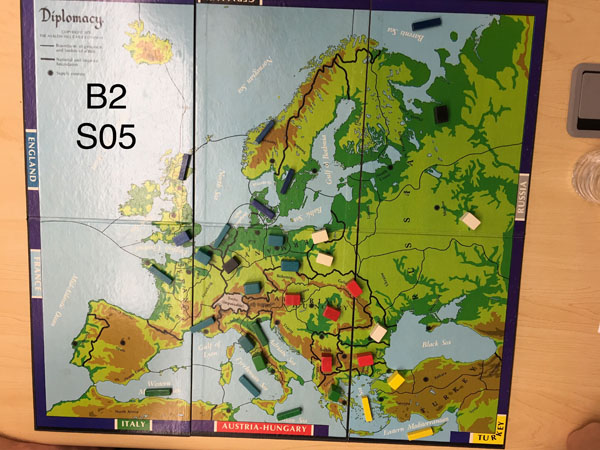 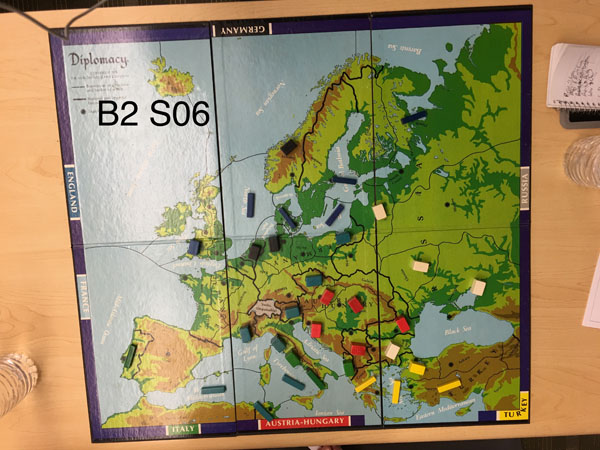 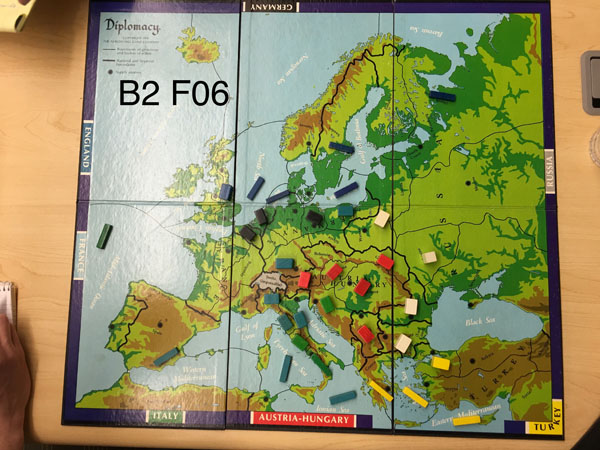 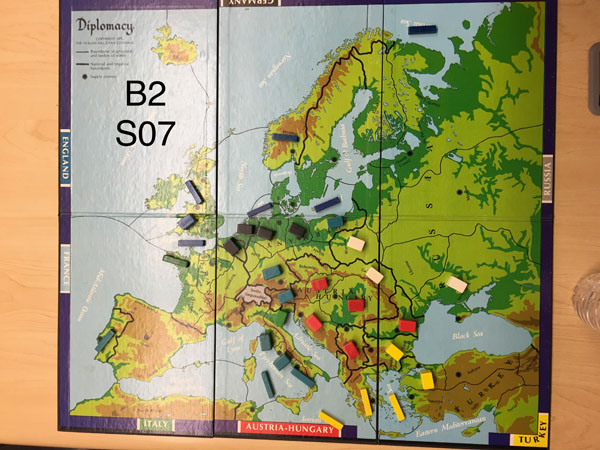 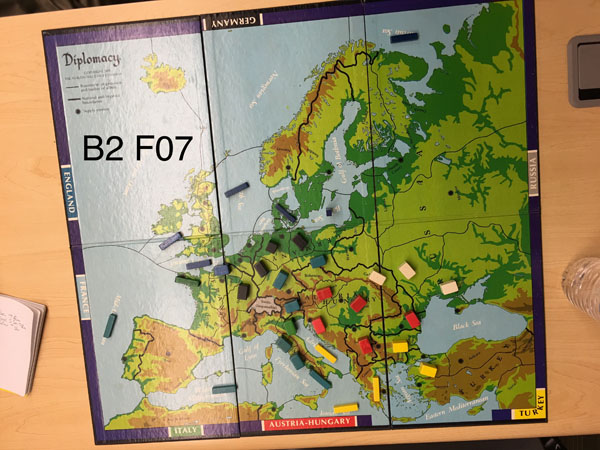 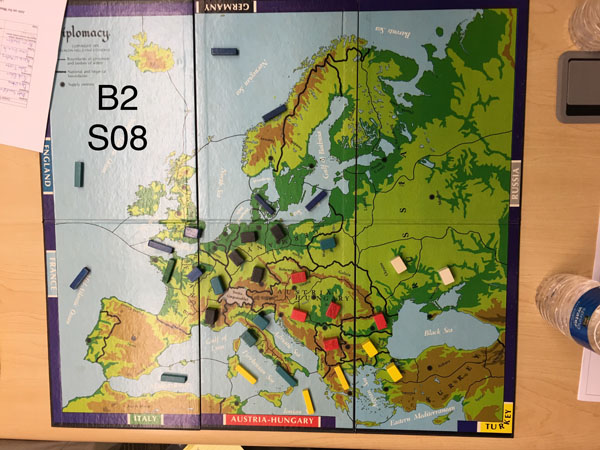 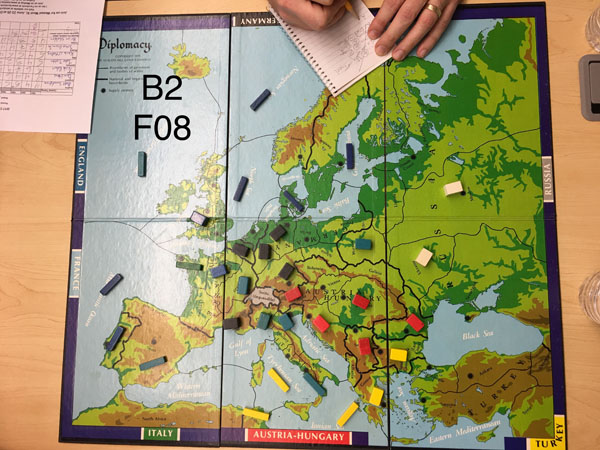 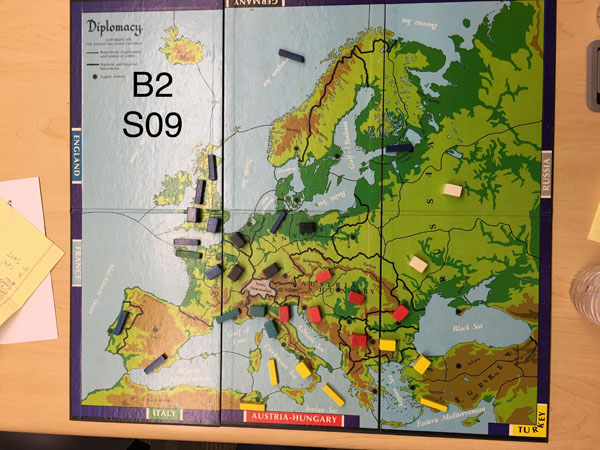 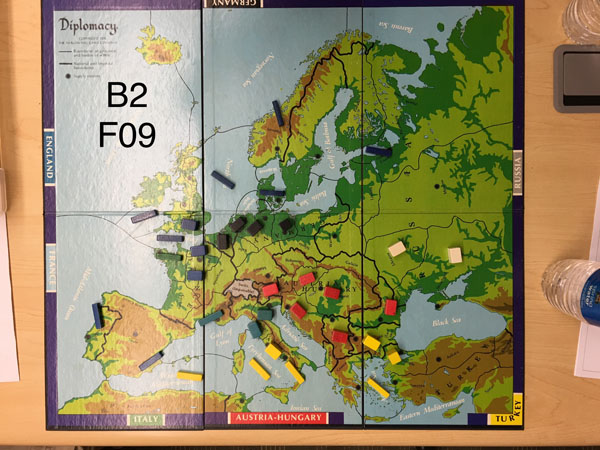 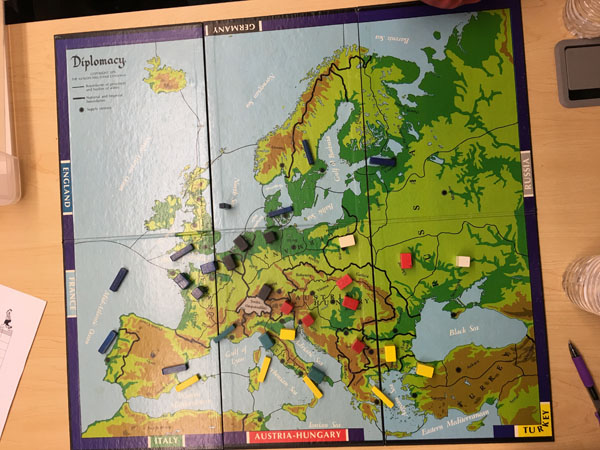 Game #80 was successfully completed on Saturday, November 28 at Matt Sundstrom’s house in Glenview.  Thanks to Mike Morrison for being available to ensure we

Read on for the latest news from the Weasels. (And speaking of reading, I just finished Waterloo by Bernard Cornwell. I highly recommend it to