This game featured the eventual Icarus award winner, Jake Trotta, who reached 8 centers by the end of 1903, only to be eliminated in the final year, and three best country awards.

The game ended by draw vote during the Spring 1910 turn with the following center counts:

*Nicole Campbell was replaced by Grant Smith in Spring, 1905. 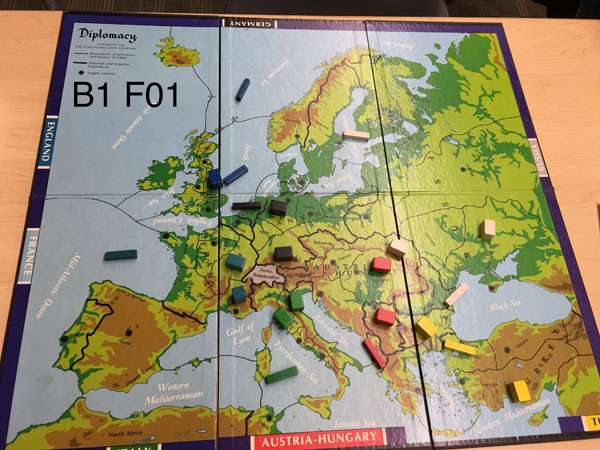 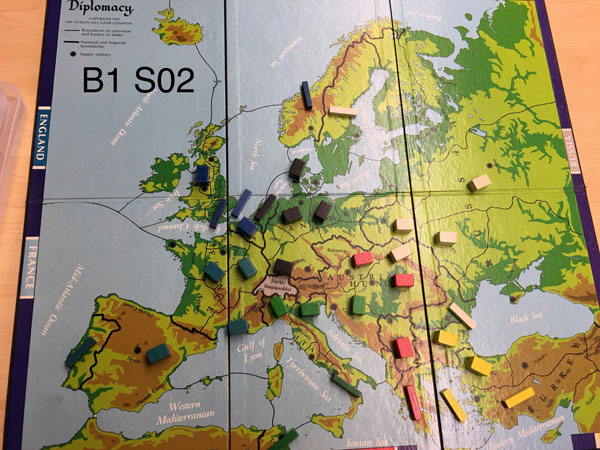 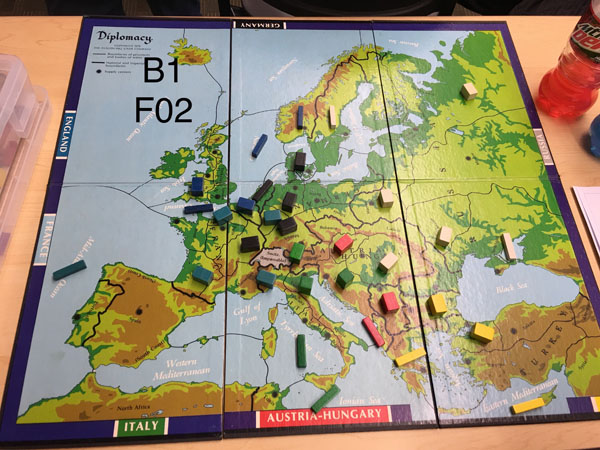 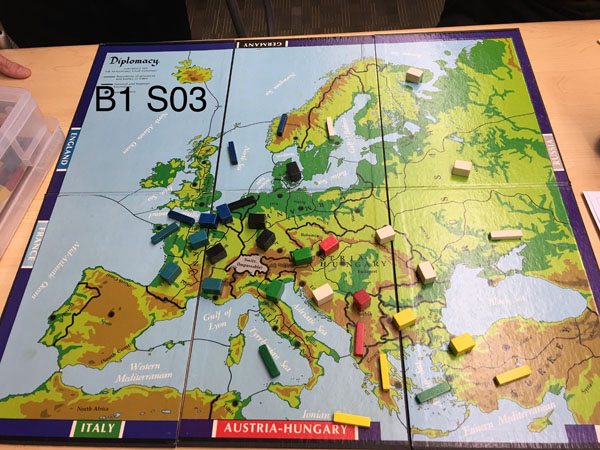 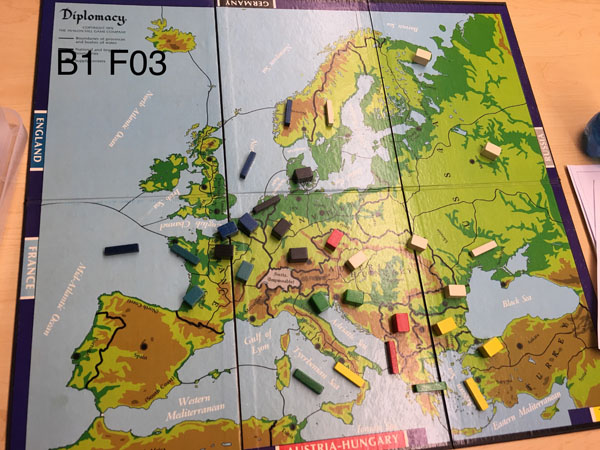 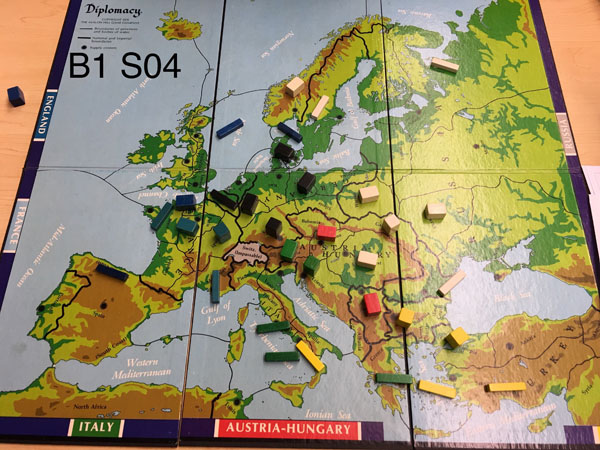 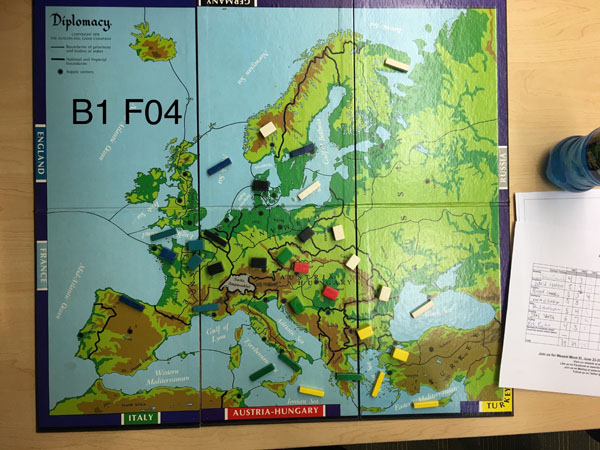 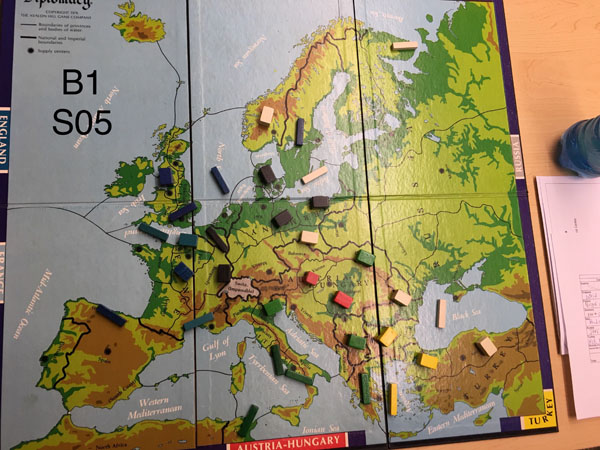 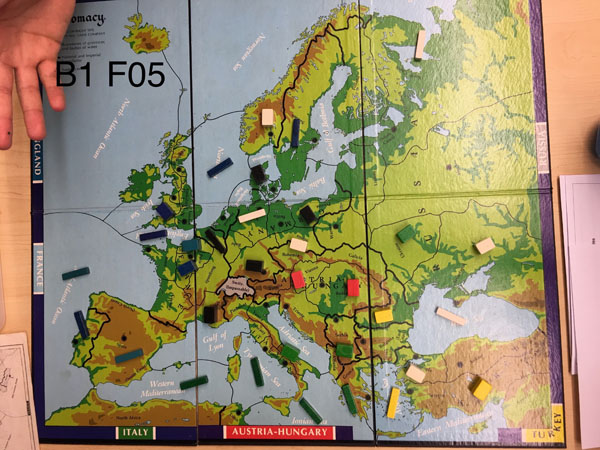 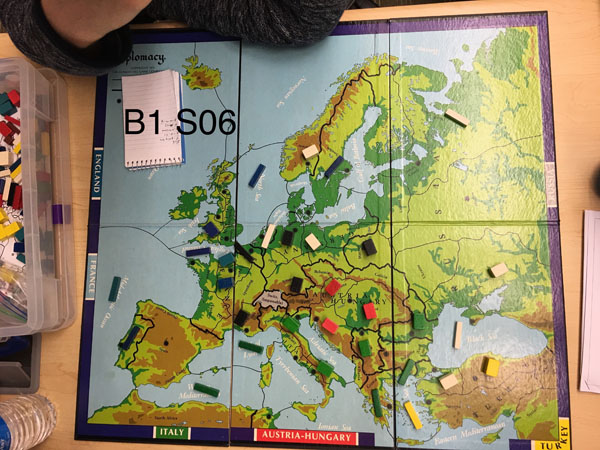 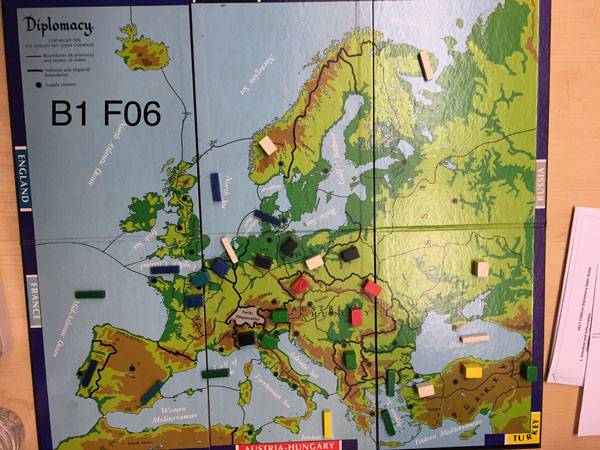 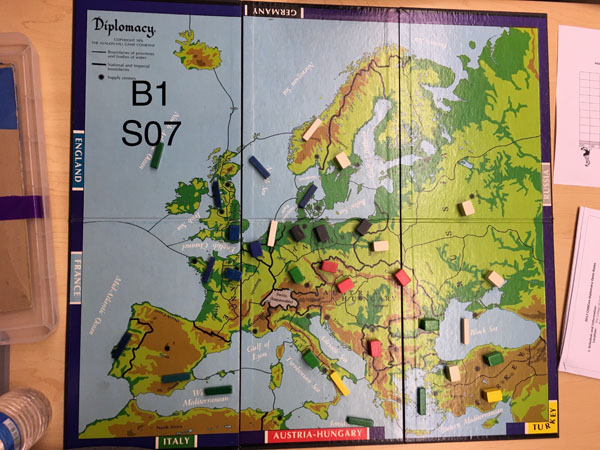 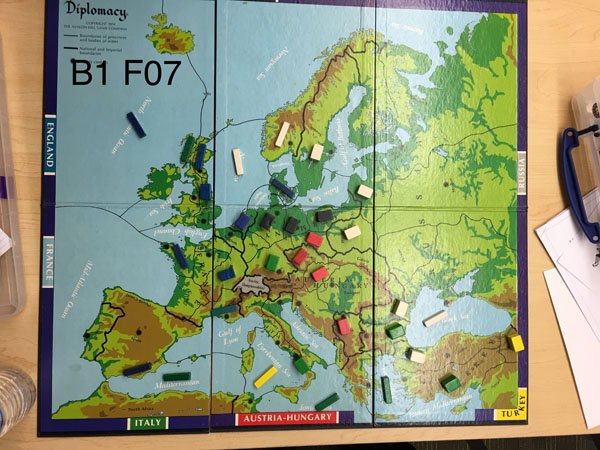 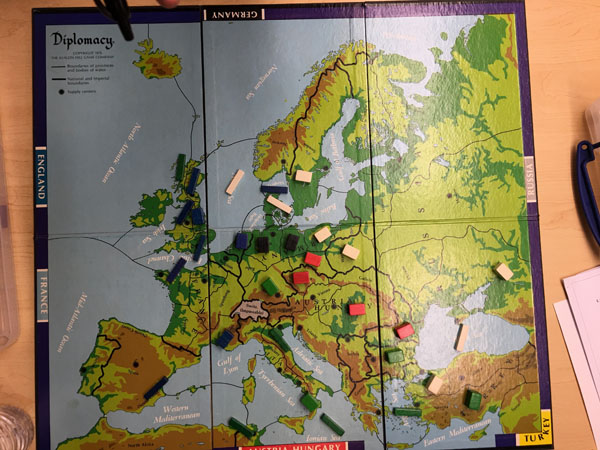 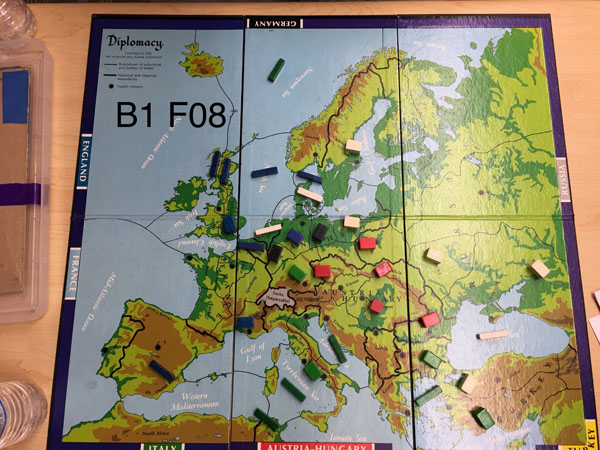 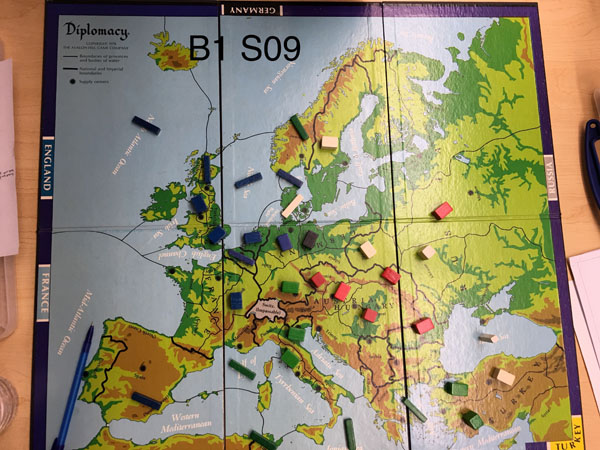 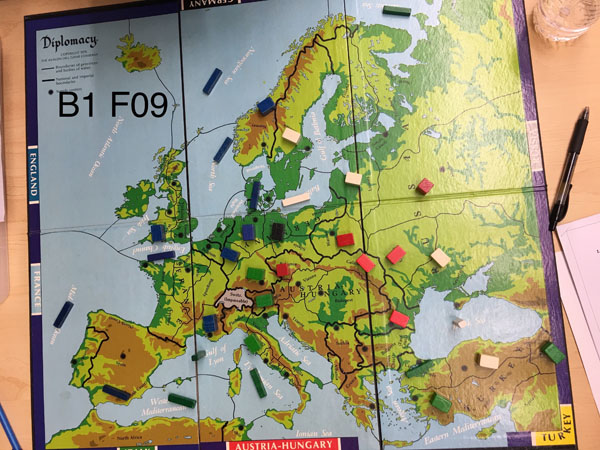 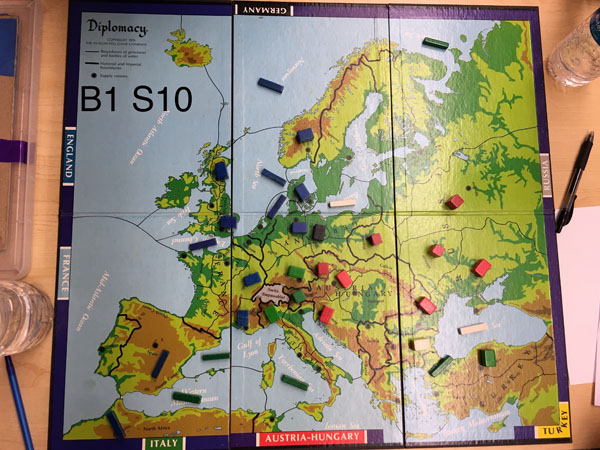 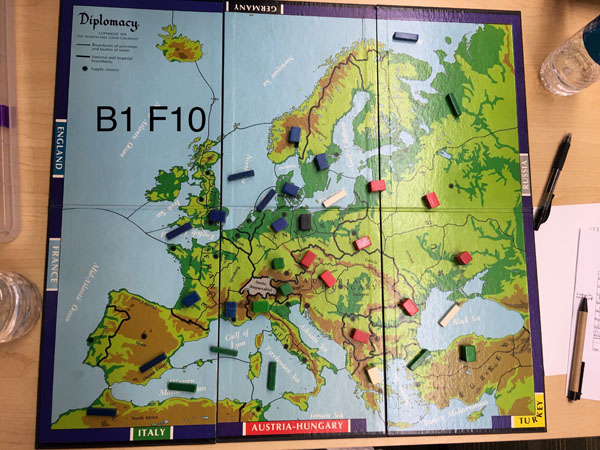 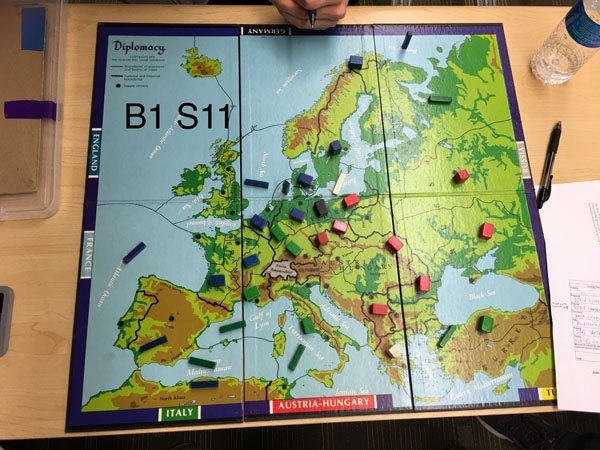 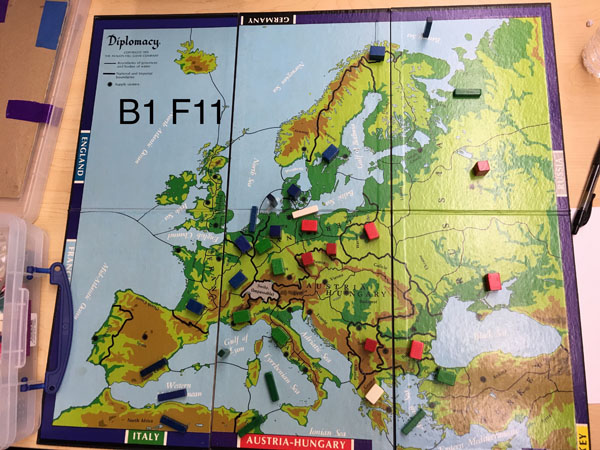 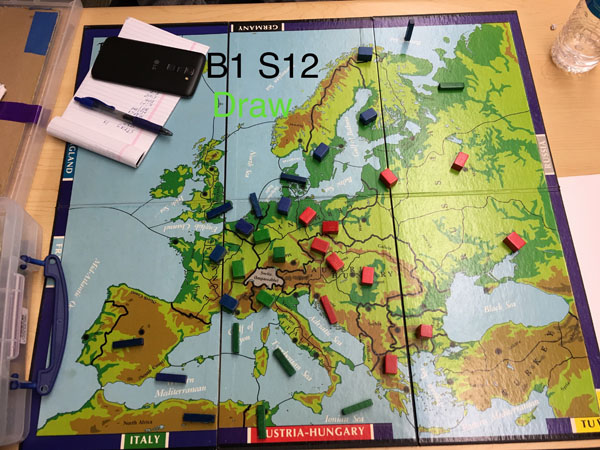 The worst kind of first

Since our founding in September 2005, and counting League, Exhibition, Premiere and Tournament games, we’ve played 659 games of Diplomacy on the standard map. Yet,

Last year, our game at the Chess Pavilion was scuttled by the early arrival of my daughter, Jane. Let’s try again for Labor Day Weekend.

When you wish upon a Tsar

Sam Bassett (pictured) spent much of his Spring 1901 negotiation time hatching an exotic opening* as Russia in last night’s Game No. 211 at the Red Lion