When we last saw Barry Preece (center), he was guiding Turkey to a monster board-top at Ballydoyle Irish Pub in Downers Grove. Remember when we used to do bar games in Downers Grove? Yah, that’s how long ago it was–March 2011.

Back then, Barry was playing in only his second game. His first came in a recruiting game that Chris Davis ran for the Chicago Game Lovers Meetup, also in March 2011, I believe. That recruiting game was off the grid–we didn’t count it. On his own, Chris arranged to teach the game to seven novices. (Coincidentally, they played that game on the same block where we played the first five games in our club’s history.)

Of the seven, only Barry wanted to play again, but one out of seven isn’t bad for a recruiting game, and when he topped that next board at Ballydoyle, we figured we had a solid new member for the club. We figured wrong. Despite our best outreach efforts, we couldn’t get him back to the table.

But enough about Barry. The title of this article really should be the Western Double–a nod to Dan Burgess’ penchant for the Triple–because our E/F dominated this one. We called the draw in Spring 1906. The final center counts were:

A couple of quick notes.

First, of the five neighbors who could have attacked Germany in 1901, only Barry’s Austria didn’t. It was a tough day for Don.

Second, speaking of the Chicago Game Lovers Meetup, we’ve been advertising our bar games there this season, the first time we’ve done that since Chris’ outreach in Season Six. Eleven of our 31 new recruits this season, in fact, have come from that group, and five of them have played, or will soon play, in more than one game.

Fred Townsend’s story is a good reminder of why we should continue to advertise our games there. He was a prolific player in the 1980s postal hobby. If you google him, you’ll find articles he wrote for the hobby press, and he’s one of those rare players who already have profiles in the World Diplomacy Database when they come to us. He never thought to go looking for a Diplomacy club, but when he saw a game advertised in his Meetup feed, he jumped back in. He has now played a bar game, a house game, and two rounds at CODCon, the latter while recovering from hip surgery. We expect to see him at Weasel Moot, too.

Anyway, enough prattling. You can check out the supply center chart here. Perhaps the other players will chime in with their thoughts.

I’ll leave with this: Playing Dip at Dan’s is just part of the fun. There’s also the beer on tap, rehasing the action on his deck afterward, and sometimes even other games. Today, we played three games of Resistance, which was quick and a lot of fun. Great day. Thanks for hosting, Dan!

Next up: We’ve got a two-board session at the Red Lion on Wednesday, and then Weasel Moot next month (June 13-14 at UIC). In between, we’ll hold another Red Wednesday in June, but we’ll probably move it up to the first Wednesday so as not to crowd Moot. See you soon!

Game Opening: Four Is Better than Three! Another Board Opens at the Pyle!

We’ve filled three boards for Weasel Pyle V, which is still 3 1/2 weeks away, but that’s not enough for host Eric Brown. He wants to 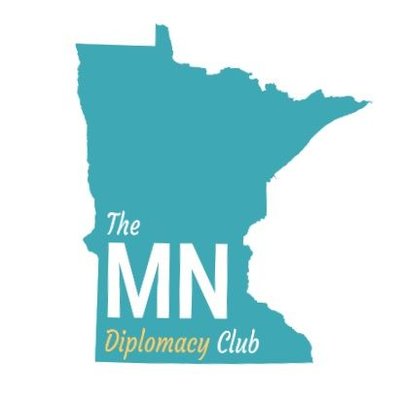 Virtual diplomacy, live streaming, and a second attempt with Discord We’re teaming up with the Minnesota Diplomacy club again for their next virtual face-to-face game