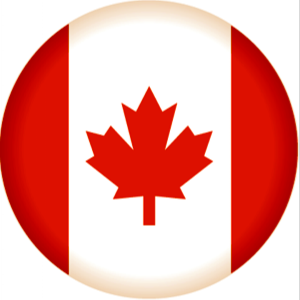 I wanted to get a recap of this past weekend submitted before some of the details started to slip away (or before my wife gives birth, and I become too swamped to write anything!). First of all, if anybody in the club gets a chance to travel to a Dip tournament (it doesn’t have to be a DipCon, but they are special), they should take advantage of it and go. I would wager that not only will you have a great time, but your game will undoubtedly improve by being on boards with some of the best players in North America. It really is the best way to get better (if that’s important to you).

I arrived in S.F. around 10:00am Friday on the same flight as Kevin. I had arranged an airport pick-up with Condy Creek, a local player and one of the organizers of the DipCon. Also being picked up were Mike Hall from Vancouver, Andy Bartalone and Dave Maletsky, both from the D.C. area. Unfortunately there wasn’t enough room in Condy’s vehicle for Kevin, so he opted for public transportation. My first stab of the weekend.

Got to the hotel and immediately headed out for a bite to eat. When we returned to the hotel, more travellers had arrived, including Peter who was already in the city, and Kevin. A large group of us went out for some afternoon cocktails prior to the start of the tourny. The hotel’s in a great area, and we found a good spot called Harry’s, where a lot of the players spent time between and after rounds. Looking around the group on Friday afternoon, I was reminded that it was moments like this why I really enjoy the hobby and travelling in particular. Good times.

I won’t go into too much detail regarding each board I played, but I’ll give the highlights. In Round 1, I drew Russia. I hate Russia. Andy Hull, a good local player was England, Edi Birsan was France, hobby veteran Don Williams in Italy and Condy Creek in Turkey. Andy and I battled hard in Scandanavia, but I just couldn’t get him to turn on Edi. He was content to remain at 4 for several game years, eventually finishing with 6. One of my goals coming to S.F. was to play more aggressively in the mid-game and be comitted to grounding out top results on each board rather than opting for favourable, though early, draw votes. With this in mind, I eliminated Condy and simultaneously stabbed Don for 2 sometime around 1906, growing from 8 to 11 (I think). I had hoped that the growth would finally scare either Andy or Don into working with me and growing themselves (particularly Andy), but instead it just drove them closer to Edi, who was sitting with 9 and hadn’t been attacked by anyone all game. Unfortunately, my calculations were disasterously wrong, and the 3 of them ganged up on me until I was dust in 1909. The best I could do was try and engineer who got the dots, and I opted for Don since I believed Edi was more of a threat to win the tournament. End result, a 3-way with Italy board topping with 15, and France in second with 11.

I drew Frace on my second board and things were looking much better early on. I found an experienced player in Tom Kobrin in England and we worked well to move steadily on Germany. Mike Hall was Turkey, Josh Shank was Austria, and Matt Shields from Seattle was Italy. Germany and Russia were local players. Things started to shape up well, since after 1901 there was an Italian unit in Trieste and an Austrian unit in Venice. In addition, Tom was having a rough time in Scandanavia, so visions of solos were dancing in my head. I believe I dove into the Med in 1903 and after takng Tunis, things ground to a halt as the remaining Italian units became Austrian proxies, and a second fleet was built in Trieste. To make matters worse, most of the Austrian growth was coming at Russia and Turkey’s expense and the Tsar was pulling his units in the north, allowing Tom to right the ship and embark on rapid growth. I finally broke through to Tyrolia, and the Austrian position began to crumble. By this time I ws starting to feel slightly exposed to my ally, so my 11th unit was F BRE. This was Tom’s Causus Belli, and he stabbed me for 3 (BEL, HOL, MUN) in Spring 1906 or 1907. I was able to retake MUN in Fall, and I had grabbed 2 Austrian centers as well, so staying even at 11. Tom shot to 13, and I was concerned that my position would crumble, probably aided by my precipitous fall from 11 to 0 the night before. Austria and a resurgent Turkey were now the wildcards, and while Tom had position on me in the West, there were plenty of dots for me in the Balkans. We were both nervous, and thus both voted for the draw. Tom board topping a 4 way with a 13 center England and me in second with an 11 center France.

I drew Italy. Austria was played by tournament champion Eric Mead from Seattle, hobby vets Conrad Woodring and Andy Bartalone in France and England respectively, and local, relatively inexperienced players in Turkey, Russia, and Germany. Diplomatically, this was probably my best game, though it ended in an Austrian solo, but I’ll get to that later. I was concerned that Conrad and Andy would talk Germany into a triple then maul him from behind, so I went to work on the Kaiser right away. I eventually persuaded him not to bounce Russia in Sweden and to unexpectedly bounce England out of Bel. Meanwhile I forged a solid alliance with Eric in Austria, and we proceeded to dismantle Turkey with a text-book Lepanto. When it was time to turn West, I put a lot of work into convincing Conrad that I was about to stab Eric. He went for it and turned his fleets north (Bartalone was not pleased). At the same time, I reneged on my promise of support to France to take Kiel. I moved into PIE and TYR with nary a French fleet or unit within sight. Unfortunately, Conrad unexpectedly picked up an alternate center in HOL and was able to build a fleet in MAR. This didn’t save him, but it did slow me down enough where my Austrian ally grew much more rapidly than I. Toward the end of the mid-game, Austria was 12 but stopped before he could enter St P and I was 7 with SPA and POR within my grasp, though GRE and SMY were vulnerable to Austria. The only thing keeping Austria from stabbing me was the rock solid certainty that he would not be able to solo based on France’s and Russia’s positions. Unfortunately, the bickering between Conrad and Bartalone reached a fever pitch and Conrad approached Eric offereing to throw the solo. He positioned a fleet in NWG to tap NWY and pulled his armies from Germany opening the door for the Austrian solo the next year. Eric went from 12 to 18 in 2 game years, and eventually won the tournament on the strength of that victory.

I was a little checked out for this round. By this time there had been 4 solos in the tournament, and with Sunday being a timed round, I had little chance of soloing, thus little chance of making the top board.  Actually winning the tournament was a mathematical impossibility. Throw in that my wife was starting to have contractions back in Chicago (she’s 37 weeks pregnant), and the fact that I drew Austria, and I figured it was time to throw caution to the wind. I invited Italy, played by a very experienced (and DipCon 43 TD) Adam Silverman, in for a Key Lepanto. Turkey was played by a local named Daniel, who had one of the solos in Round 2 (although it was of a dubious nature since Dave Maletsky threw 6 dots to him in one game year). I was on the razors edge for awhile with Austrian units in my homeland and through the Balkans for most of the game. Fortunately there was an exploding EF and Adam knew he needed me in the game to shore up the center and the Russian dots in MOS and STP. I stayed patient and through some brilliant tactical play by Adam around TYN and the boot, we were able to stave off the onslaught and eventually I was rewarded with fertile dots in Russia and Germany. We were getting close to the board call and a 4 way passed with me topping the board with an 11 center Austria. Two Italian dots were there for the taking, but I felt it was unnecessary to grab them, particularly since I owed my very survival to Adam. Consequently, I never regained Trieste for the entire game! A great learning experience regarding board position and alliance play versus how many dots do I have and do I own my home centers.

I finished 13th, which I’m not too disapointed with. Frankly, I felt I played better than that result would indicate. I think I improved my game in a couple of key areas, though I’ve finally realized that I need a lot of tactical work, particularly around the key areas of the Balkans, the Tyrrhenian and Germany. I think there may be a good Dipworld article in there somewhere on these areas.

After the tournament ended, Kevin and I went for dinner down by the harbour. By this time I was pretty drained and had a 3:30 am wake up call Monday morning to catch my flight so I hit the sack early on Sunday night. I’ll let Kevin and Peter share their experiences and results, but I had a great time in SF. I’ll be on the shelf for awhile with the new baby coming, but I hope to attend at least a board at WMIV and I can’t wait to travel to another tournament as soon as I can.

The Weekly Weasel — Week of Dec. 8

Read on for the latest news from the Weasels. Chasing the Second Board Our third Red Wednesday at the Red Lion is this week, and

Intimidated by the prospect of playing in a world championship? Unsure of what to expect? Come on out for a rare Saturday bar game. We’ll

Cockerill tops board, pulls within half a point of first place

Nate Cockerill topped Game No. 164, a lengthy affair played today at Dan Burgess’ home in Downers Grove. The game ended in Spring 1912 in