An Evening of Ice and Fire

The mosquitoes were pretty bad last Friday night in the gardens of Lake Point Tower. The Weasels, though, were even worse.

Ray Trotta, the patriarch of the Diplomacy-playing Trotta clan, hosted two boards in the condo building's beautiful wooded space on August 18. Thirteen Weasels spent the evening strolling through the gardens while telling lies and stabbing backs. If you could tune out the bustle of Lake Shore Drive, it was easy to imagine that you were vying for the Iron Throne in the gardens of King's Landing or Pentos.

Speaking of, the two games were as different as ice and fire.

Bryan Pravel rode a fast start and a steady alliance with England to a German board-top in Game No. 348, which ended by draw vote in Spring 1906 in the following center counts.

For Pravel, it was another quiet win. Not flashy, just cool and effective like a lake freezing.

Game No. 349 also went five game-years, but in this one, the board-topper grew like wildfire. Jake Trotta netted his third monster score of the season, exploding to 13 centers. The game ended by time limit after the Fall 1905 turn in the following center counts:

Hafner, a vet of three tournaments with the Weasels, was playing his first league game. Zulfikar was playing for the second time ever. He played his first game with us in March.

The supply center charts for the two games are here. Players, can you get your endgame statements in before George R.R. Martin finishes The Winds of Winter?

More in this category: « You the (Spel)Man! An Epic Pyle for an Epic Season »

Game 349 was exciting, coming down to the last year and ultimately collegiate loyalty. I probably deserved something like a 9-8, but had a handful of dots thrown to me in the last year. Huh, how did that happen... Wait… do you hear the music?

THE WAR OF THE SEVEN KINGS
https://www.youtube.com/watch?v=s7L2PVdrb_8

Brandon “Stannis BTAOBaratheon” of House France, Lord of Paristone, the one true King of Weasels.

Jake “You can’t spell Baelish without Bae” of House England, Brawl Star, Schemer of Plots, Boy of the Birthday, second place in all competitions by right.

Brian “Yara Greyjoy” of House Austria, the unbent unless sleepy, loyal ally, lord of Belgium jokes and Prime Weasel. He does not snow.

Ray “Doran Martell” of Turkey, Lord of Smyspeare, returner after many seasons, consultant of information technology.

“Don’t fight in the North or the South. Fight every battle everywhere, always, in your mind. Everyone is your enemy, everyone is your friend. Every possible series of events is happening all at once. Live that way and nothing will surprise you. Everything that happens will be something that you’ve seen before.”

In order to raise my house and win the Iron Plaque as Weasel of the Year, I needed at least 70 points. I have known the young Wolverine for many moons, and know of his attack-dog style of life attitude (that I assumed would translate to diplomacy). His inexperience required counsel, presenting two options for profit.

First, an alliance between Houses England and Germany, launching simultaneous on House Russia and BTOABaratheon. Though this strategy would hit both threats of House England, it would likely result in a result of 10-9, a tidy sum but insufficient towards the vision of me on the Iron Plaque.

Instead I enacted the second option, a brilliant scheme by rallying the Western Lords to install House Germany as “the King in the North.” This plan would significantly decrease the odds of victory for Houses Russia, Austria, and Italy. I foresaw a scenario in which four great houses remained, where I could stab the King of the North and create an opportunity for solo victory over the Dornish player in Turkey. In essence, trust my greatest rival to break the board to hell. Create chaos.

THE MIDGAME
Chaos isn't a pit. Chaos is a ladder. Many who try to climb it fail and never get to try again. The fall breaks them. And some, are given a chance to climb. They refuse, they cling to the realm or the gods or love. Illusions. Only the ladder is real. The climb is all there is.
Lord Brandon and the Young Wolverine were all too eager to join in our great Western conspiracy. 1901 saw BTOABaratheon of House France swipe Venice with the support of Greyjoy, granting both of my western rivals three builds to my one. I decided to trust, and our triple pushed on. We quickly made progress through St. Petersburg and had Warsaw surrounded.

House Russia had shrewdly picked up Vienna in F01, but was out of position in the north. The Dornishman in Turkey mostly sat tight, and Greyjoy in Austria was able to profit and build another fleet. Cersei/ Christian recovered Venice in 1902, but was quickly surrounded by the navies of House France.

The King in the North was hoping to further establish his Kingness by launching an assault into France in 1902. I advocated for patience… but did happen to inform him how to force Burgundy, despite how poor a move that may be at this early juncture. This also happen to leave Denmark open. The Young Wolverine and I failed coordination on Moscow and Warsaw in 1902, but successfully secured both in 1903.

House France was under pressure, House Germany was overextended, and the east was in chaos. I seized the opportunity, stabbed, and got three builds. Within two years, I had successfully pivoted from a two dot margin to both my Western rivals, and sat at least two dots ahead.
A ladder indeed.

THE ENDGAME
“Knowledge is power”
The House words. I emerged victorious in this game in the endgame of 1904 and 1905 because I understood what everyone wanted on the board. In true Greyjoy fashion, Austria had also profited off the chaos. He was our immediate threat.

House Russia had played well, but Austria was its most recent insurgent, and thus Russia desired a chance for vengeance. I provided such an opportunity by ensuring I would become Warden of the Northeast.

House Italy had also been stabbed by Austria, ruining his chance at a good game. The Lannisters always pay their debts… particularly for those who wrong them. House Austria had stolen the future from House Italy, and Cersei Kline was going to repay them with wildfire. When you play the Game of Thrones, you win or you die. When you play the MetaGame of Thrones, you win… or you improve your odds at future victory. I coordinated with House Italy to secure my victory… in exchange for future promises of grand alliance between our houses.

BTOABrandon wanted to go south and maybe squeeze his way into a split top, but also needed to keep my score down. I did not move or build in any threatening means to the Lord of France, and he moved south just long enough for me to secure Belgium and Holland for myself.

That leaves our dear young Wolverine. Though he initially resisted me in 1904, he, as many young diplomacy players do, did not know what to do once the war was lost. House Italy was in his ear, but it was ultimately one insight into the Stark psyche that won the day.

The Starks are a proud and loyal house that puts family first. Their house words are “Winter is Coming.” And I reminded the young Wolverine of so many November winters before, where armies of Red invaded the superior Northern lands, robbing them of their true Blue glory.

I’d mentioned at the very beginning of the game that Austria went to Ohio State. The Young Wolverine went to Michigan. With a little reminder, the North remembered. To the tune of Kiel, Berlin, Holland, and Warsaw.

RESULT
There is no justice in this world. Not unless we make it.
The Gods would tell you I deserved a 9-8 or so board top. I made it 13.

EPILOGUE
“So many men, they risk so little. They spend their whole lives avoiding danger, and then they die. I'd risk everything to get what I want.”

There is no room for carebearing in a shortened game. I get eliminated nearly as much as I win, but I win big. A crucial piece is once you’re out of the gate, seizing an opportunity to go in front. You may lose everything. You will be afraid that the World may try to save their lives by fighting against you. Sometimes, they will. Chaos is a frightening thing. Other times, conflicts between smaller powers can be taken advantage of. One message can capitalize on such conflict and send you further up the ladder. 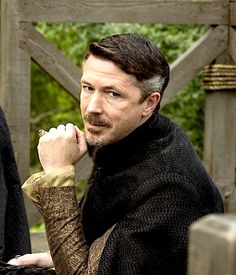 JComments
back to top

We have 1458 guests and no members online