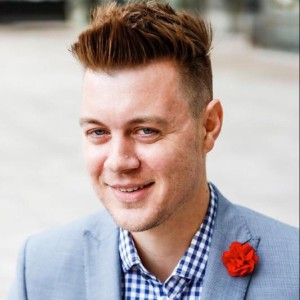 Hroom, hm, gather round my friends. Today we discuss that midmost membership, that equidistant entente, that axial accord that is known by most as… the Central Triple! I hope you find the conversation engaging and will join in the tradition of wise old weasels sharing their hard earned knowledge with fellow weasels.

This is a series of posts designed to provoke discussion about some of the more common alliances seen in Windy City Weasel club games, online games, and at tournaments. To help focus conversation, a single post has been created for each alliance structure.

The Central Triple (also known as “The Triple Alliance”, the “Central Powers Alliance”, or the “A/G/I”) is an alliance between Austria, Germany, and Italy. It differs from many other alliances in that it is not based on a series of orders during the early phases of the game. During the early game phase, it is more of a “mutual support agreement” between its members to not attack each other, and to support each other if attacked. Direct coordination does not usually take place until the midgame.

Stephen Agar wrote the classic article regarding this alliance titled “The Triple Alliance“. In this article, Stephen suggests that Austria, Italy, and Germany can gain some of the benefits of an “edge” if there is strong agreement among its members to not attack each other in the early game. It’s a pretty high level article and lacks many specific recommendations beyond “don’t fight each other too early.” Chip Crain adds some much needed practicality in his article “The Triple Alliance Revisited“. Chip suggests that the alliance members initially ally with France in the west and Russia in the east to kill off the “Witches” England and Turkey. Once they have been dealt with, the Central powers combine their forces to attack their former allies. Austria and Germany team up against Russia and Germany and Italy team up against Russia.

Austria, Italy and Germany all suffer from the same weakness in the early and middle phases of the game, they have no corner position and are vulnerable to attack from behind or the side or above. If I'm playing any of these powers I will always propose such an alliance before the first moves, it makes sense, is easy to sell to the others and can help all three powers to develop more quickly.

He summarizes the primary strength of the alliance by stating  “The arrangement of the board enables the AIG powers to have influence over strategic development of the board.”

The risk is that many games may end in a three-way, but it is unlikely that all of the corner powers will be completely eliminated by the time the alliance finally breaks up, one of the minnows could be used to stir things up.

No alliance structure exists without some downsides. Again, we’ll refer to Tom Easton for the disadvantages of the Central Triple.

“The risk is that many games may end in a three-way, but it is unlikely that all of the corner powers will be completely eliminated by the time the alliance finally breaks up, one of the minnows could be used to stir things up. Also there is less likelihood of a stalemate forming with England and Turkey not part of the picture. A good diplomat and tactician should be able to turn the three-way into a win.”

According to BrotherBored’s “Solo Win Guides“, Italy and Austria have a lot of overlap in their path to solo, as do Austria and Germany. In my experience, a well executed and committed Central Triple will usually finish in a 3 way draw. Within Tribute scoring, this could lead to some jockeying for the board top and whoever wins will likely have a very nice score. As Tom points out, it’s more likely that at some point in the mid-game, one of the alliance members will ally with one of the remaining corner powers to make a move and the game will end in a 4 way draw.

The answer is to use your enemies against themselves. Align with two of the outsiders. I know it sounds simple but it really is. The best powers to ally with are France and Russia. Why? Because the middle countries can squeeze those two countries once the Witches are disposed of. France is caught between Italy and Germany and Russia between Austria, Germany and Italian gains in Turkey.

In summary, the Central Triple is not an alliance structure that commonly reaches the end of the game. Despite this weakness, it is a fantastic way for the central powers to gain some of the security offered to the “edge” powers at the start of the game. It’s greatest advantage is that the Central Powers can manipulate the rest of the board extremely effectively. I’ve found this alliance to be most effective as the game moves from the early to midgame phase.

Hrm, Hroom. These are merely the thoughts of one old weasel. What say the rest of you? Can you share advice or regale us with tales of playing the Central Triple alliance?

Moot XIII featured 3 solos in 8 boards, a record for Moot when not doubling as WDC.  All were first-time soloists, including one playing in only

“Don’t stand between a fat man and his burger,” Don Glass warned early last night at the Red Lion in Lincoln Square as he excused

THE WEEKLY WEASEL IS NOT A TIDE AD But people who play variants are 500% more likely to eat Tide Pods. THE CODCON COMETH While